Described as multi-million pound purchase option, the client is the Japan Space Imaging Corporation (JSI), which provides of geospatial information, including satellite data, to civil and commercial markets in Japan.

Basically, JSI will be expanding its global imaging portfolio with the high-resolution thermal data, for any location on the planet, supplied by Satellite Vu.

“Our customers are already expressing their interest in the unique capabilities Satellite Vu brings into the market,” said Koji Ueda, CEO and President, Japan Space Imaging Corporation. “We cannot wait to serve them with this innovative data and help them address challenging problems in various fields, including national security threats and climate change mitigation.”

This is relevant because, ahead of its first launch in May 2023, Satellite Vu has been collecting sample aerial data. Partners of the EAOP can influence the location of further aerial campaigns, says the company, as well as getting early access to the archive. This will give EAOP partners a head start in applying the insights from Satellite Vu’s unique data, and developing their workflows, ahead of the satellite’s launch. 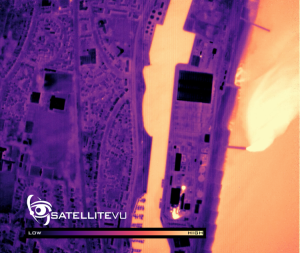 Satellite Vu’s planned constellation of seven satellites will specialise in the use of infrared and thermal imaging technology, providing landlords, insurers and government agencies with access to real-time temperature data about the Earth’s built environment.

The company’s goal is that the data can be updated every 1 to 2 hours, and the use of infrared means coverage will be guaranteed even at night. For example, the data will be able to show if any individual building is being heated efficiently or which parts of a city are the worst emissions offenders.

It’s planned that the satellites will offer a resolution of 3.5m, compared with existing available resolutions of 100m.

I didn’t like Sonic Frontiers, but at this price, I might just buy it — get $20 off in this shock Black Friday deal

Arducam Mega– One camera module for all microcontrollers