Sabrent has announced the Rocket Nano V2, its second-generation external solid-state drive (SSD) that features capacities of up to 4TB and transfer speeds of up to 1,500 MB/s.

The Nano V2 is positioned as a pocket-sized SSD — 2.85 by 1.3 by 0.6 inches and weighing 1.75 ounces (54 grams) — capable of providing the speeds necessary to reliably edit 8K video despite only using USB-C and not Thunderbolt. The main selling point is the combination of size and capacity, as the Nano V2 is half the size of a standard credit card and hold capacities of up to 4TB. 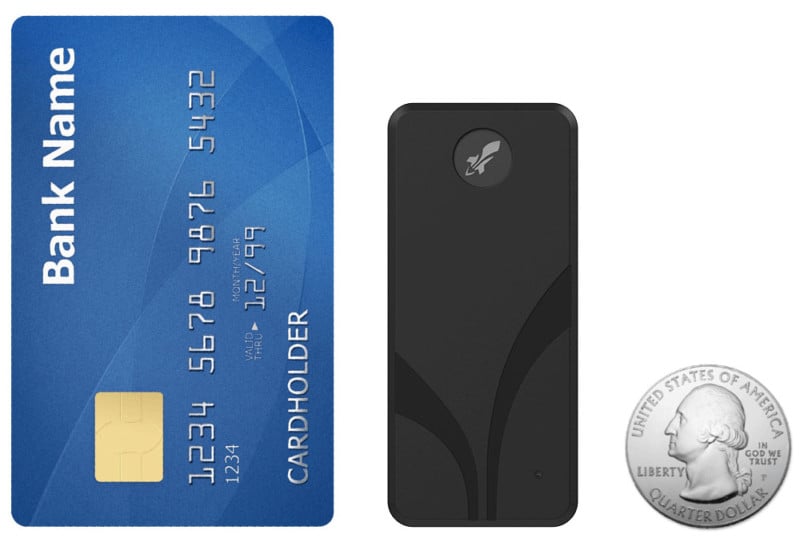 “The Nano V2 is optimized to take up as little space as possible, ready for travel in tough environments so you can always capture the best shots without bulky storage weighing you down,” Sabrent says. “Integrated health monitoring and advanced flash management work together to ensure your data is always protected.”

Version 2 of the Nano increases speeds over the original (which capped out at 1,000 MB/s transfer speeds) but also ruggedizes it by encasing it in a silicon sleeve. Sabrent says that the aluminum housing, which was chosen for heat sinking and is made from “high-grade aluminum alloy via CNC machining,” is surrounded by the aforementioned silicon sleeve in order to better protect the drive from water and dust. The company stopped short of providing any specifics on that protection such as an IP rating.

Sabrent hasn’t shared the individual read and write speeds and has only published the burst transfer rate, which can get as high as 1,500 MB/s thanks to USB 3.2 Gen 2×2.

The Rocket Nano V2 ships with both a USB-C to USB-C cable as well as a USB-C to USB-A cable to allow it to connect with a wide variety of computers. The on-board UFD controller is designed to be compatible with a wide range of operating systems including Windows PCs, Apple computers, and even tablets, gaming consoles, and smartphones — Sabrent says it is designed to work with th Valve Steam Deck as well.

Sabrent is still finalizing pricing and availability, but the company estimates that the 1TB version will be available for $230, the 2TB version for $400, and the 4TB version for $900. For comparison, SanDisk’s new Pro-G40 Thunderbolt SSD costs $300 for 1TB and $450 for 2TB — it does not offer a 4TB version.

A Detailed Guide to the Modern Call Center