Home » What I’ve Been Reading Recently #1
YOUR SHOP

What I’ve Been Reading Recently #1


Let’s start something new, shall we? I love to read, sometimes if I’m seriously into a book I’ll read it in a day, and I also love recommending the books that I read and really enjoy to other people, so I thought why not start a little book recommendations series on this blog? Most of the books I read can be grouped into the thriller genre I guess. I love a good page turner, something that has me dying to know how it ends. If you read Gone Girl, or Woman On The Train (which I think we all have at this stage) then you’re sure to like the books I recommend, and if anything, some of the books I’ve read recently are actually a lot better than those two! 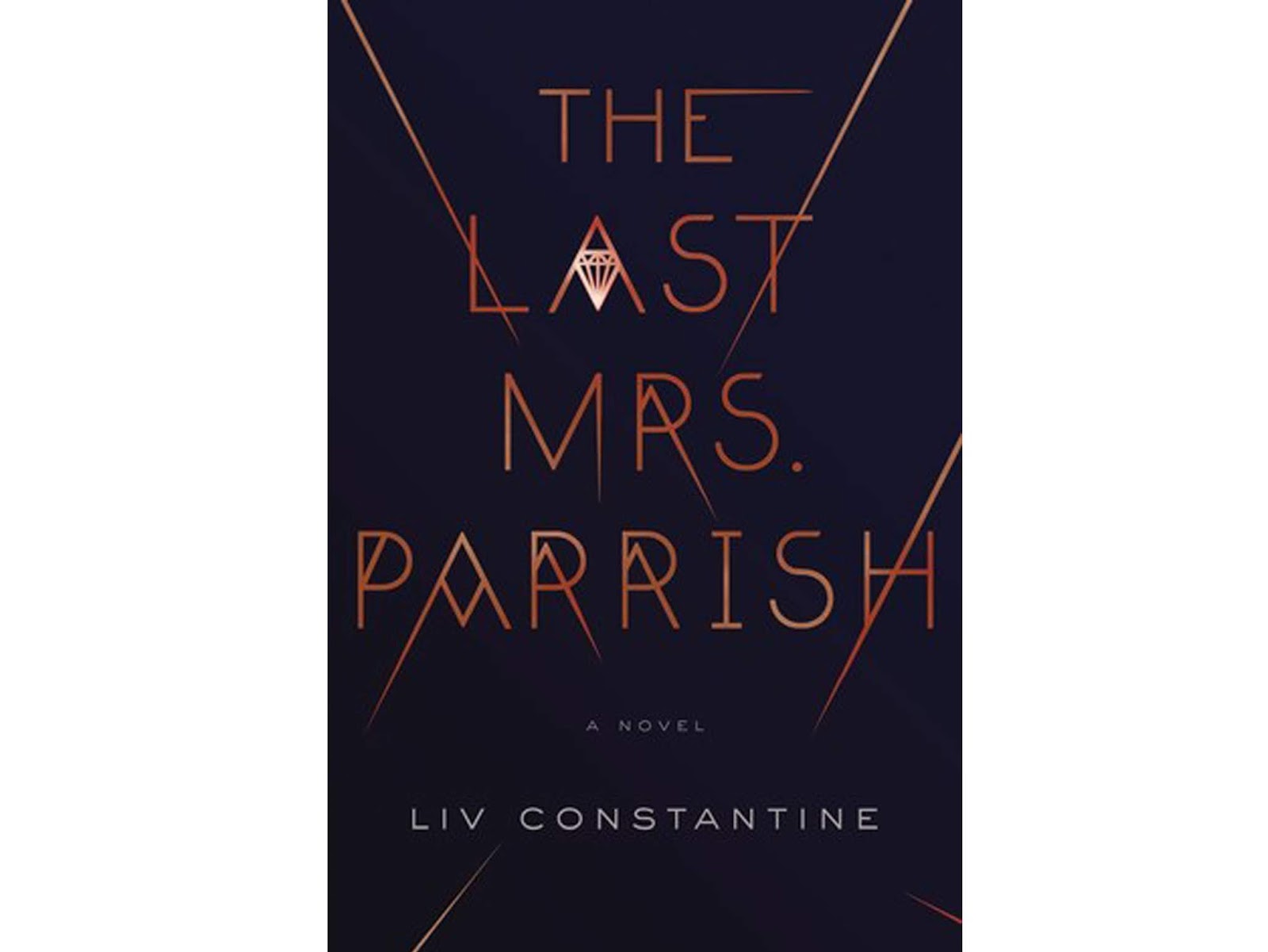 I had to put this book first on the list because it’s by far my most favourite book that I’ve read recently.  It’s got a juicy story line, I mean who doesn’t love reading about a good old gold digger trying to steal someone’s husband, and it’s got a plot twist that I never saw coming which is something that very rarely happens these days! Here’s a bit about the book from Good Reads: “Amber Patterson is fed up. She’s tired of being a nobody: a plain, invisible woman who blends into the background. She deserves more—a life of money and power like the one blond-haired, blue-eyed goddess Daphne Parrish takes for granted. With shocking turns and dark secrets that will keep you guessing until the very end, The Last Mrs. Parrish is a fresh, juicy, and utterly addictive thriller from a diabolically imaginative talent.” 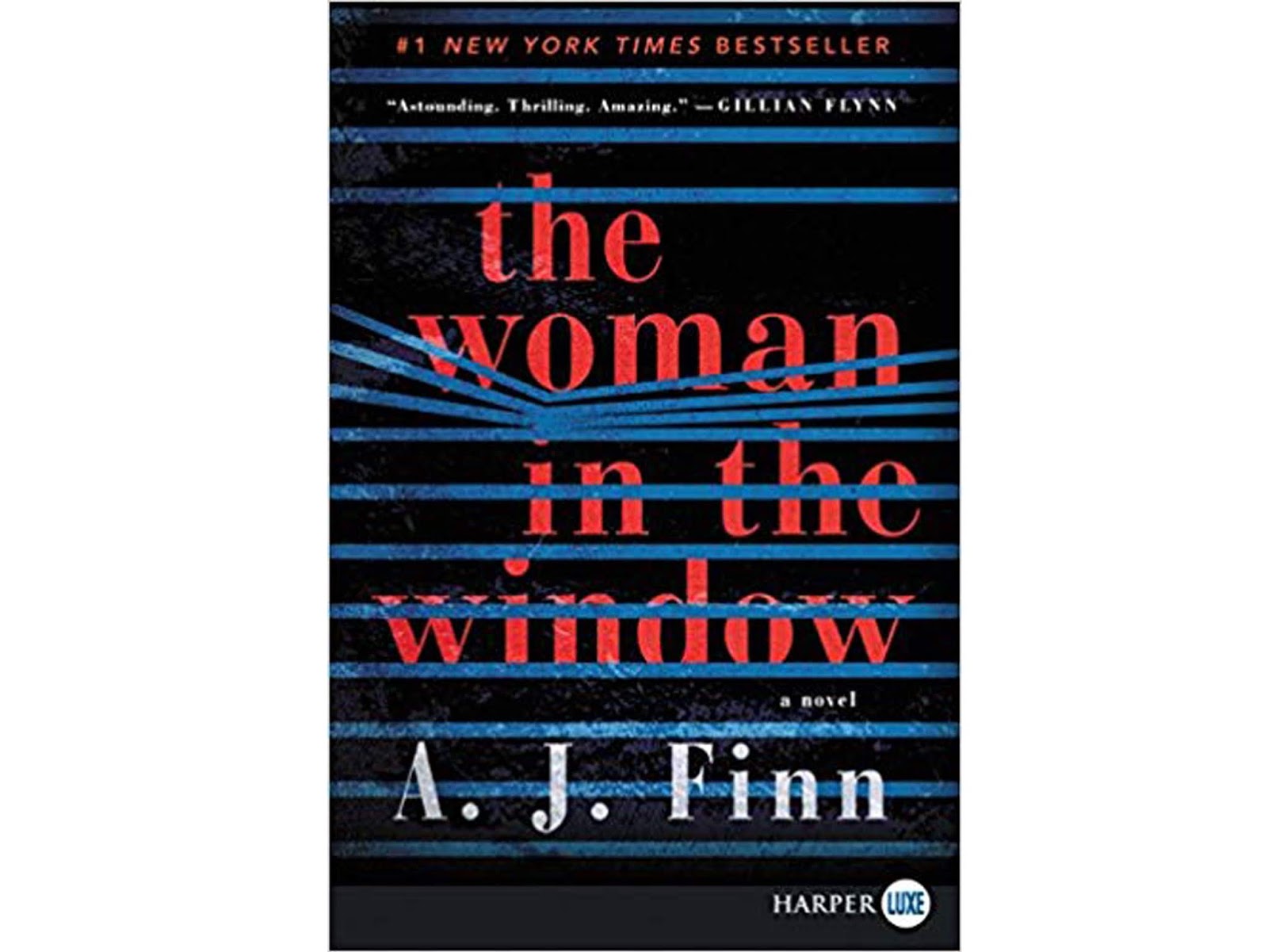 The Woman In The Window comes in at a close second in terms of suspense and twists. This book had me totally immersed in the story, so much so that I could clearly picture all of the characters and settings. Here’s what Good Reads says about it: “Anna Fox lives alone—a recluse in her New York City home, unable to venture outside. She spends her day drinking wine (maybe too much), watching old movies, recalling happier times . . . and spying on her neighbors.Then the Russells move into the house across the way: a father, a mother, their teenage son. The perfect family. But when Anna, gazing out her window one night, sees something she shouldn’t, her world begins to crumble—and its shocking secrets are laid bare. What is real? What is imagined? Who is in danger? Who is in control? In this diabolically gripping thriller, no one—and nothing—is what it seems.” 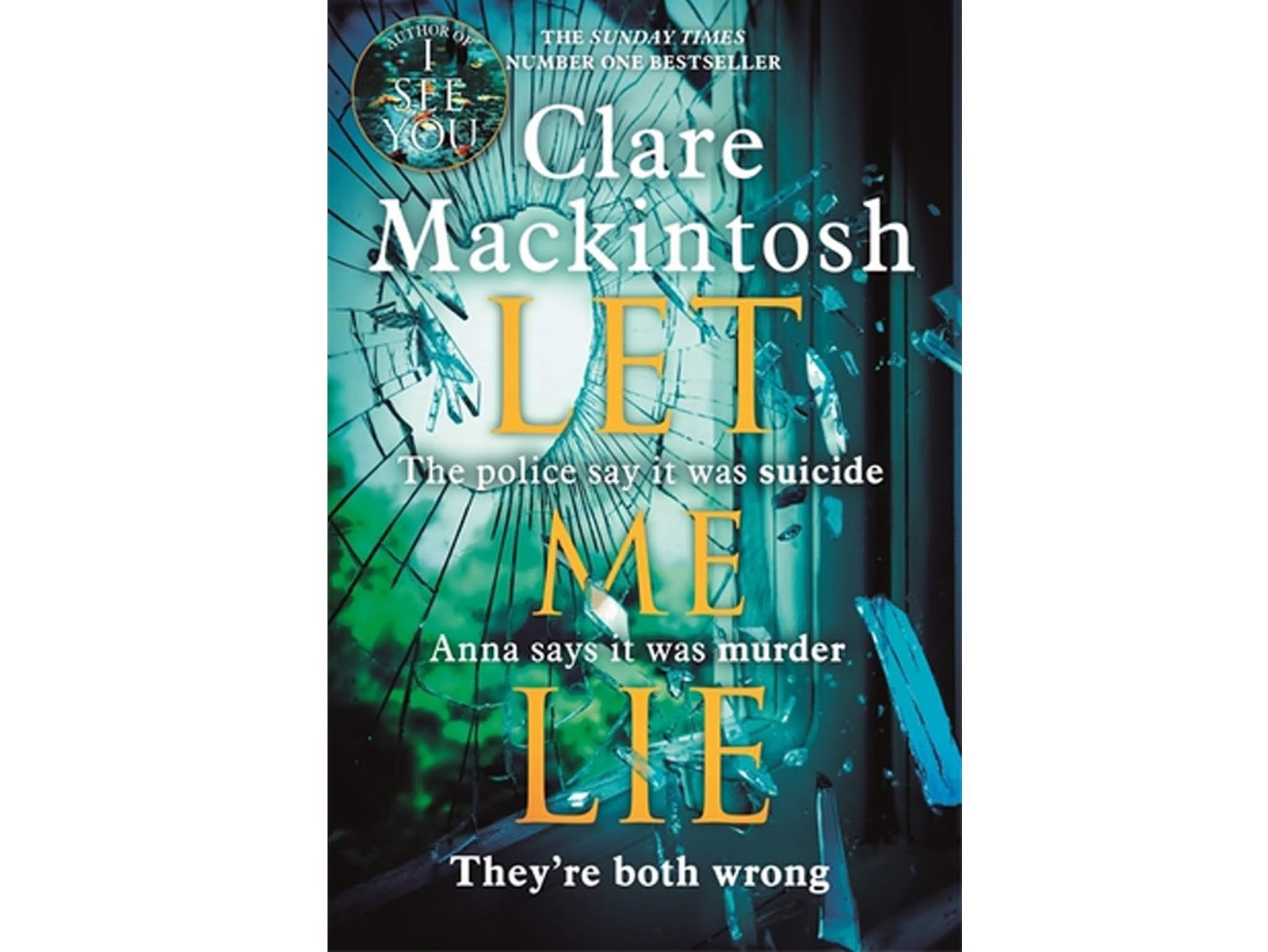 The only reason I’ve given this book 7/10 is because I felt as if the ending was slightly rushed but I still very much enjoyed it and it kept me guessing for a good majority of the book. I’ve read Clare’s other books, I Let You Go and I See You (both of which I’d recommend reading too) and I love her style of storytelling. Here’s a little blurb from Good Reads: “The police say it was suicide. Anna says it was murder. They’re both wrong. One year ago, Caroline Johnson chose to end her life brutally: a shocking suicide planned to match that of her husband just months before. Their daughter, Anna, has struggled to come to terms with their loss ever since. Now with a young baby of her own, Anna misses her mother more than ever and starts to question her parents’ deaths. But by digging up their past, she’ll put her future in danger. Sometimes it’s safer to let things lie…” 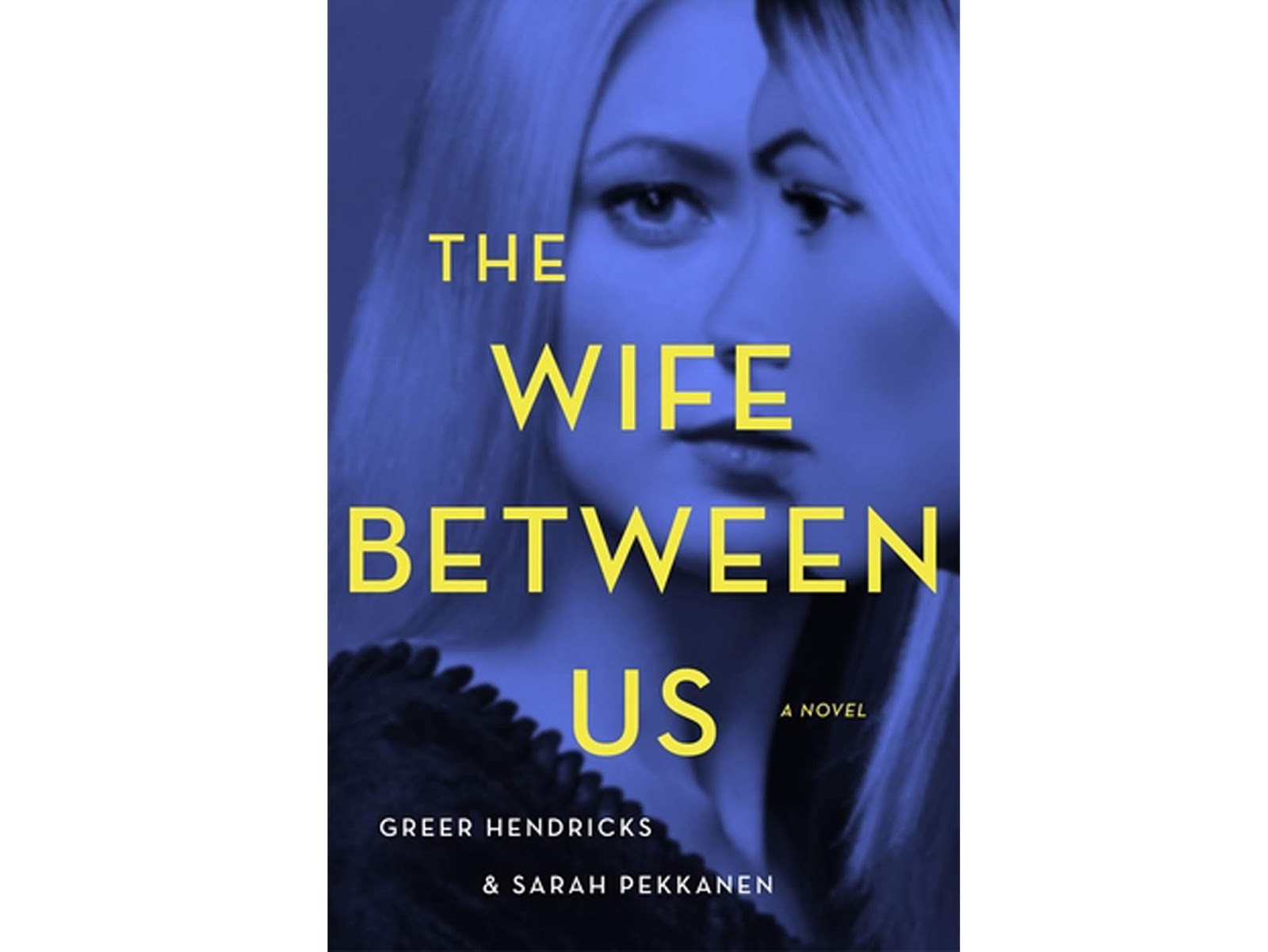 The Wife Between Us by Greer Hendricks & Sarah Pekkanen  – 8/10

The Wife Between Us is one of those books that when the twist hits you, you actually need to double back a few pages to figure out what has happened and how you could have guessed it so wrong! If you loved Girl On The Train and Gone Girl then you’ll definitely love this one. Here’s a little summary from Good Reads: “A novel of suspense that explores the complexities of marriage and the dangerous truths we ignore in the name of love. When you read this book, you will make many assumptions.You will assume you are reading about a jealous wife and her obsession with her replacement. You will assume you are reading about a woman about to enter a new marriage with the man she loves. You will assume the first wife was a disaster and that the husband was well rid of her. You will assume you know the motives, the history, the anatomy of the relationships. Assume nothing.” 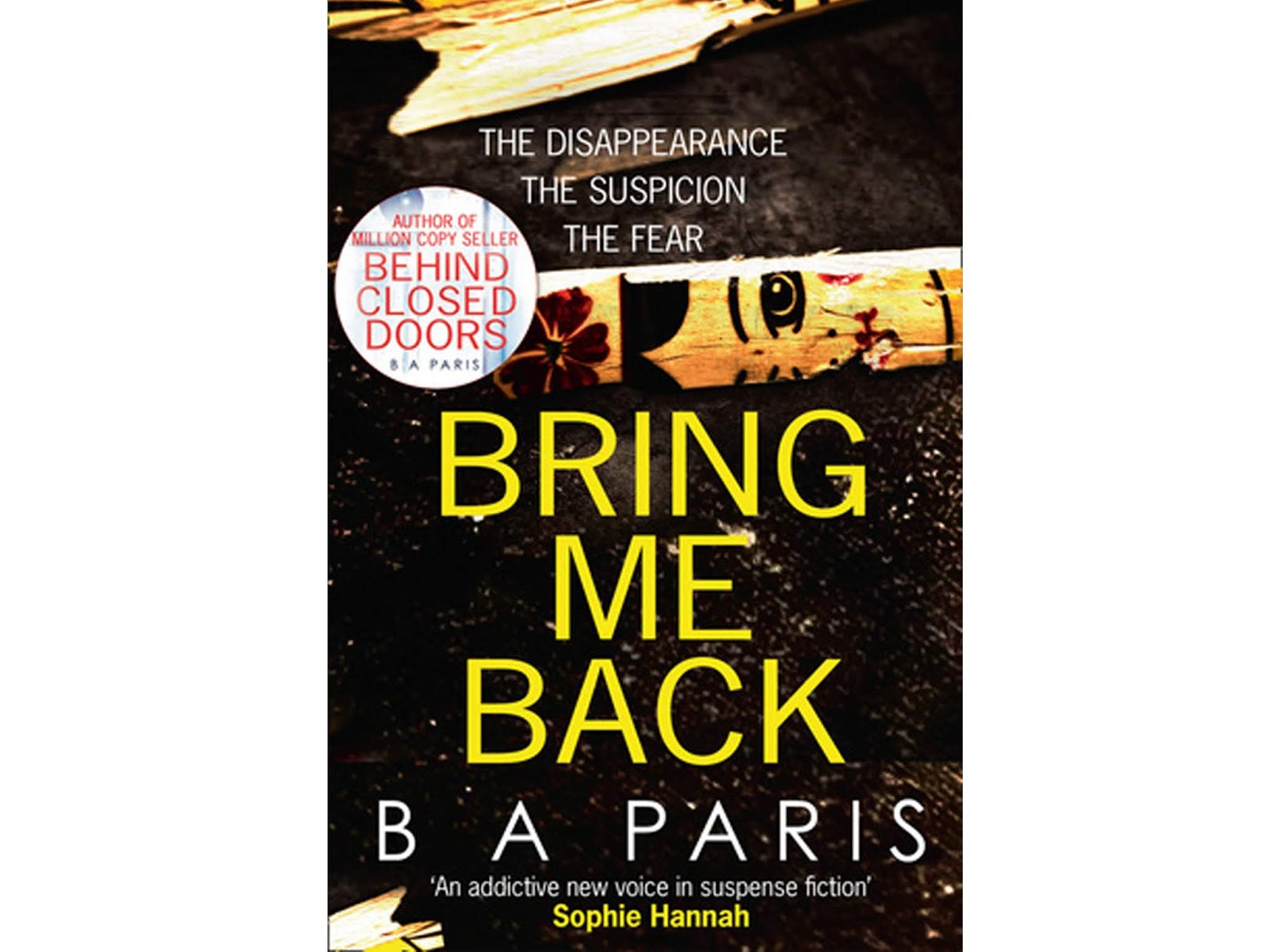 Like Clare Mackintosh, B A Paris is another author whose books I’ve read a few of. I think her book ‘Behind Closed Doors’ might just be one of the best books I’ve read in the past year and ‘The Breakdown’ is also another brilliant thriller that’s full of suspense. Back to the book in question, ‘Bring Me Back’ is about a girl, Layla, who goes missing, her sister Ellen and her then boyfriend who is now engaged to her sister. I dare not say any more for fear of ruining the brilliant twist in this book, but again, it’s another brilliant page turner. Here’s a little more about it from Good Reads: “Finn and Layla are young, in love, and on vacation. They’re driving along the highway when Finn decides to stop at a service station to use the restroom. He hops out of the car, locks the doors behind him, and goes inside. When he returns Layla is gone—never to be seen again. That is the story Finn told to the police. But it is not the whole story. Ten years later Finn is engaged to Layla’s sister, Ellen. Their shared grief over what happened to Layla drew them close and now they intend to remain together. Still, there’s something about Ellen that Finn has never fully understood. His heart wants to believe that she is the one for him…even though a sixth sense tells him not to trust her.”

The evolution into a modern-day father – Mommypure

Get Up To $90 Off Scopes at Cabela’s Right Now

The Game Awards 2022: Start time, how to watch and predictions